Prior to being named the founding principal of Northline Elementary, Cynovia served as the Resident Principal at YES Prep Southside. She completed her undergraduate studies at Texas State University in 2012 and earned a Masters Degree and Principal Certification from the University of St. Thomas. Cynovia began teaching in Houston and taught as a founding teacher in Washington D.C. at a turnaround charter school. Upon returning to Houston, she taught upper elementary in  and then as a teacher specialist at a middle school.

Brian Vannest is the founding Principal of YES Prep East End Elementary. He earned a Bachelor of Science in Organizational Leadership with a minor in Economics from Miami University and an MBA from Rice University along with his Texas principal certificate. Brian joined the YES Prep family in 2010, teaching seventh grade math to the first graduating class of YES Prep West Secondary and continued the following two years as a teacher and Content Team Leader. Three years later, he rejoined the YES team in the 2020-2021 school year, serving as the resident principal at Northside.

Michelle LaFlure is the Founding Principal of North Central Elementary. Michelle served as a Principal at YES Prep North Central Secondary from 2014 to 2019. Prior to becoming the Principal, Michelle taught all levels of Spanish, sixth through eighth grade English, and history at North Central Secondary. She also was the first-ever Dean of Instruction and then worked as the Director of Academics. Michelle has a bachelor's in Elementary Education from Calvin College and a master's in Education from the University of St. Thomas. She is also a Teach For America Corps alumna.

Johnie Flores is the founding principal of North Forest Elementary. Johnie joined YES Prep in 2012 as an Instructional Coach for Teaching Excellence. In 2013, she transitioned back to a campus and served as a Dean of Instruction and Director of Student Support at YES Prep Brays Oaks Secondary for six years. From 2007 through 2012, she taught a variety of subjects to diverse student populations at Houston Independent School District. Johnie obtained a Bachelor of Science in Advertising from the University of Texas at Austin, Master of Education from the University of Houston, and holds a Texas Principal Certification.

Prior to YES Prep, Diana Rios worked as a classroom teacher for more than ten years in Colombia, Guatemala and the United States. She comes with experience as a grade level chair and teacher in the general and bilingual education classrooms at the elementary level. She has also taught adults and children with exceptionalities. Most recently, Diana served as a teacher specialist and administrator at De Chaumes Elementary in HISD. Diana has a bachelor’s in Education from the University of Antioquia in Colombia and a master's in Educational Administration from Texas A&M University. 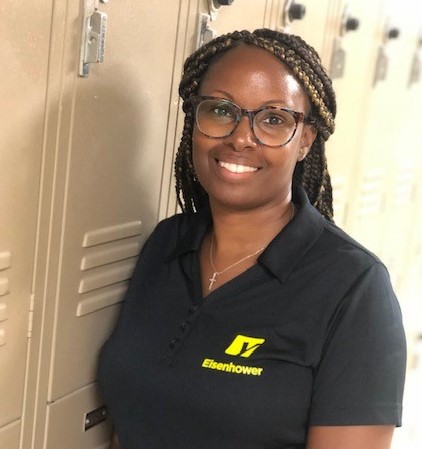 Prior to becoming the founding principal of Southside Elementary, Andrea Citchen was principal of YES Prep Eisenhower High. She is a graduate from the University of Missouri where she earned a Bachelor of Science in Elementary Education, Masters of Education in Curriculum and Instruction and a Masters of Education in Educational Leadership. Prior to joining YES in 2015, Andrea served in various roles at KIPP for nine years. Prior to joining KIPP, she was an elementary school teacher with Indianapolis Public Schools.

YES Prep Managing Director of Elementary School Programs Lance Menster has a 25-year record leading elementary school programs for thousands of children in the Houston area. Most recently, he was the Elementary Curriculum and Development Officer in Houston Independent School District (HISD), providing leadership for curriculum, instruction, and formative assessment, including job-embedded teacher development specialists. Previously, he served as HISD’s assistant superintendent for professional support and development and as the district’s elementary math curriculum manager. Prior to HISD, he worked at the Houston Annenberg Challenge and served as a classroom teacher and math specialist in Alief Independent School District. Lance is a proud alumnus of the University of Northern Iowa and the University of St. Thomas, where he earned a bachelor’s in Elementary Education and a master’s in School Administration, respectively.

Prior to joining YES Prep, Beth served as principal of De Chaumes Elementary in Houston Independent School District (HISD) as well as a lead principal in the school district. Dedicated to advocating for students and ensuring they were challenged and supported, Beth led her teams to earn the highest recognition from the Texas Education Agency.

Beth began her career in education as an elementary school teacher and has taught reading and English in both middle and high schools. She taught for five years in Colombia before joining HISD and building a successful newcomers’ program at Sam Houston Math, Science, and Technology Center.  She continued her career at Hamilton Middle School as  dean of  students, working with the English Language Arts (ELA),  English as a Second Language (ESL),  and  Spanish departments, as well as the sixth and eighth grade teams.

Danitra Arredondo was raised on the eastside of Indianapolis, IN. As a first-generation college student, she attended DePauw University in Greencastle, Indiana, where she earned her Bachelor of Arts in Spanish with a minor in Black Studies. Immediately after graduation, Danitra relocated to Houston as part of the Teach For America corps. She taught fourth and fifth grades and concentrated on successfully transitioning emergent bilingual students to English classroom instruction. Danitra went on to earn a master’s degree in Curriculum and Instruction with a concentration in urban education from the University of Maryland, College Park. Following graduation, Danitra served in many roles working with educational non-profits in Washington, D.C., and Houston. As a middle school math teacher, she returned to the classroom serving students and families in northeast Houston at YES Prep North Forest.

An educator for 18 years, Danitra has served in numerous campus leadership roles, such as Principal and Assistant Principal, which have allowed her to educate, lead, and serve many students, families, and communities across the Houston area. Her most current role has focused on creating equitable learning experiences for all students while coaching and strengthening the instructional capacity of campus leaders and leadership teams. As part of the Cooperative Superintendency Program at The University of Texas at Austin, she recently earned her doctoral degree in Educational Leadership and Policy.